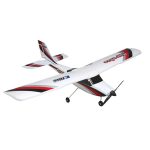 There are lots of great games out in the market right now: Red Dead Redemption, Assassin’s Creed: Brotherhood, Vanquish and Civilization V in particular come to mind for single player fun. However in terms of pure unadulterated multiplayer fun nothing trumps Call of Duty: Black Ops. The game mechanics are very similar to Modern Warfare 2 and that’s a great thing. It’s the game to get this holiday season.

It’s fantastic on all platforms, but I am partial to the Xbox 360 versionbecause more of my friends are on the Xbox, and I only play this game with friends. The multiplayer experience is also more competitive on the Xbox than on the PS3. The PC version is fantastic as well, but you need a super powerful computer. Besides more of my friends play it on consoles than on PC and I actually prefer playing first person shooters on consoles. I am very sensitive to weight when it comes to digital cameras. I want something that fits in my pocket in all circumstances which is why I am not recommending any of the SLR cameras because experience suggests you end up not taking them with you all the time. This is why I am recommending high-end compact cameras. In this category the Lumix ZS7 and the Lumix LX5 are the best by far.

The one you should get depends on your specific use case. They both have 3” screens and HD movie recording. The ZS7 costs $250, is fully automated and has an amazing 16x optical zoom. If you take a lot of sports shots from far away, your kids playing soccer for instance (or in my case kite surfing or skiing pictures and videos), it’s the one to get.

The LX5 costs $400, has a 3.8x optical zoom and comes with an impressive array of customization options. What sets it apart is its amazing picture quality, especially in low light. If you take a lot of pictures indoors, dinner parties for instance, it’s the one to get!

Note that in many circumstances an iPhone 4 can do the trick as well. There is no zoom and a weak flash, but it’s fantastic for taking impromptu pictures and sharing them on Facebook. It even has good low light quality. I have predicted that Android will ultimately beat out iOS to be the dominant smartphone platform. Android phones are already outselling iPhones 2 to 1 and the AT&T network famously sucks in New York and San Francisco. That said, no Android phone on the market currently matches the slickness of the iPhone 4 interface, the quality of its applications and the quality of its screen and digital camera. Several phones get close and my recommendation might change with LTE Gingerbread (Android 2.3) phones on Verizon in 2011, but for now the iPhone 4 is the phone to get!

Computer: Sony Vaio Z (with the new 13” Macbook Air as a runner up)

If you are ready to splurge, the Sony Vaio Z is hands down the fastest compact notebook on the market right now. Its specs and speed are second to none: 3 pounds, a 13” 1080p (1920*1080) screen, a Core i7 processor, a 1Gb Nvidia GT 330M graphic card, a superfast 256Gb Raid 0 SSD hard drive (with a 512Gb option), 8Gb of memory, an internal DVD player (or optional internal Blu-ray player and burner) and a 5 hour removable battery. Buy it directly on Sony.com to get the options you want.

If you are a Mac lover, the new 13” Macbook Air is the computer to get. It has the best design of any notebook on the market. Unfortunately, it only has a Core 2 Duo processor, a 1440*900 resolution screen, you can only install up to 4Gb of memory, its 256Gb SSD drive is superfast but slower than the Sony’s Raid 0 256Gb SSD drive, it has a much slower 256Gb Nvidia Geforce 320M graphic card, no internal DVD player, and a non-removable battery. It’s not nearly as good as the Sony, but if you are wedded to Mac OS, this is the notebook to get. Game Console: Xbox 360 – with Kinect if you have kids

A few years ago my recommendation would have been different. The Wii was definitely the console to get for kids and families. For hardcore gamers the decision between the Xbox 360 and the PS3 mostly came down to which exclusive franchise games you preferred (Gears of War or Halo vs. Drake Unchartered). For the most part the Xbox had the edge: it had more and better exclusive games, a better multiplayer experience and better graphics despite worse specs because it was easier for developers to make games for the Xbox. Many hard core gamers actually got both the Xbox and the PS3, both to use the latter as a Blu-ray player and for its exclusive games.

In the past year, with the introduction of the the Kinect and the Playstation Move, the Wii’s advantage with kids and casual games has fallen by the way side, especially considering its increasingly dated graphics. The PS3 has also closed the gap with the Xbox. Its online experience has improved, the roster of exclusive games has increased (Gran Turismo 5, Heavy Rain), and developers are finally figuring out how to make use of its processing power and games now have equivalent graphic quality to those of the Xbox 360 and in some cases surpass them.

However, for Xbox 360 remains the console of choice. It has still has by far the best online experience both for multiplayer gaming and watching movies – be it on Zune or Netflix, the controller fits better in your hand and it’s a better deal. If you don’t have kids, you don’t need to buy the Kinect unless you want to do great video conference calls from your living room. Just get the Xbox 360 with Call of Duty: Black Ops, Red Dead Redemption, Assassin’s Creed: Brotherhood, Vanquish and Gears of War 2. If you have kids, definitely get a Kinect with Dance Central. The new Kindle is great. If you are an avid book reader, ereaders are fantastic and the Kindle is the best of the bunch. I got tired of lugging books with me and switched to the Kindle and have not looked back! It’s light, easy to read in all environments and has amazing battery life. You could get away with reading a few books on the iPad, but your eyes and arm eventually tire out so if you read a lot the Kindle is the ereader to get.

You should probably buy the 3G version. Even if you don’t anticipate using it, it’s useful on the off chance you get caught somewhere with nothing to read and no wifi coverage. The extra $50 is well worth the price of having the world’s largest library at your fingertips anytime, anywhere.

If you have kids definitely get an iPad. They find it intuitive and love the games! If not, it depends on your use case. A few people use it as a notebook replacement in meetings or when traveling, but I don’t like typing with it and its support for Office files is not great (many PPT graphs don’t show up for instance). It’s effective as a bedside or living room web browser or to use as a video player at the gym. If you have a use case, definitely get one. If you are considering a netbook, get an iPad instead.

This $99 webcam is amazing! It has a 1080p widescreen sensor, great low light quality and a fantastic microphone. If you do many Skype calls, it’s the webcam to get!

Given noise complaints from my neighbors I switched all my remote controlled vehicles to electric. The Traxxas E-Revo Brushless truck is a monster! It’s huge – 23 inches long, 9 inches and basically unbreakable! Get it with Lipo batteries (buy two Tenergy 11.1V 5000 mAH 25C Lipo batteries with a Venom Pro Lipo Charger with Power Supply) and it goes 65 mph!

The car is ready to run out of the box so even if you have never assembled RC products before you should be set. Note that you need a very big space to make it run – 65 mph is superfast!

You can buy everything at ehobbies.com and on Amazon. If you break anything just type the part number on ehobbies and it shows up directly. The Traxxas folks are also very friendly and provide great support. The Apprentice is a great first plane. It costs $299. It comes almost fully assembled (you essentially just need to glue the wings together) with everything you need out of the box. It’s super stable and amazingly durable. It can handle many crashes and most parts are cheap to replace (a new set of wings is less than $40). The plane can also do basic acrobatics once you are up for it (loops, inverted flying). If you have a place to fly it, it’s tons of fun!