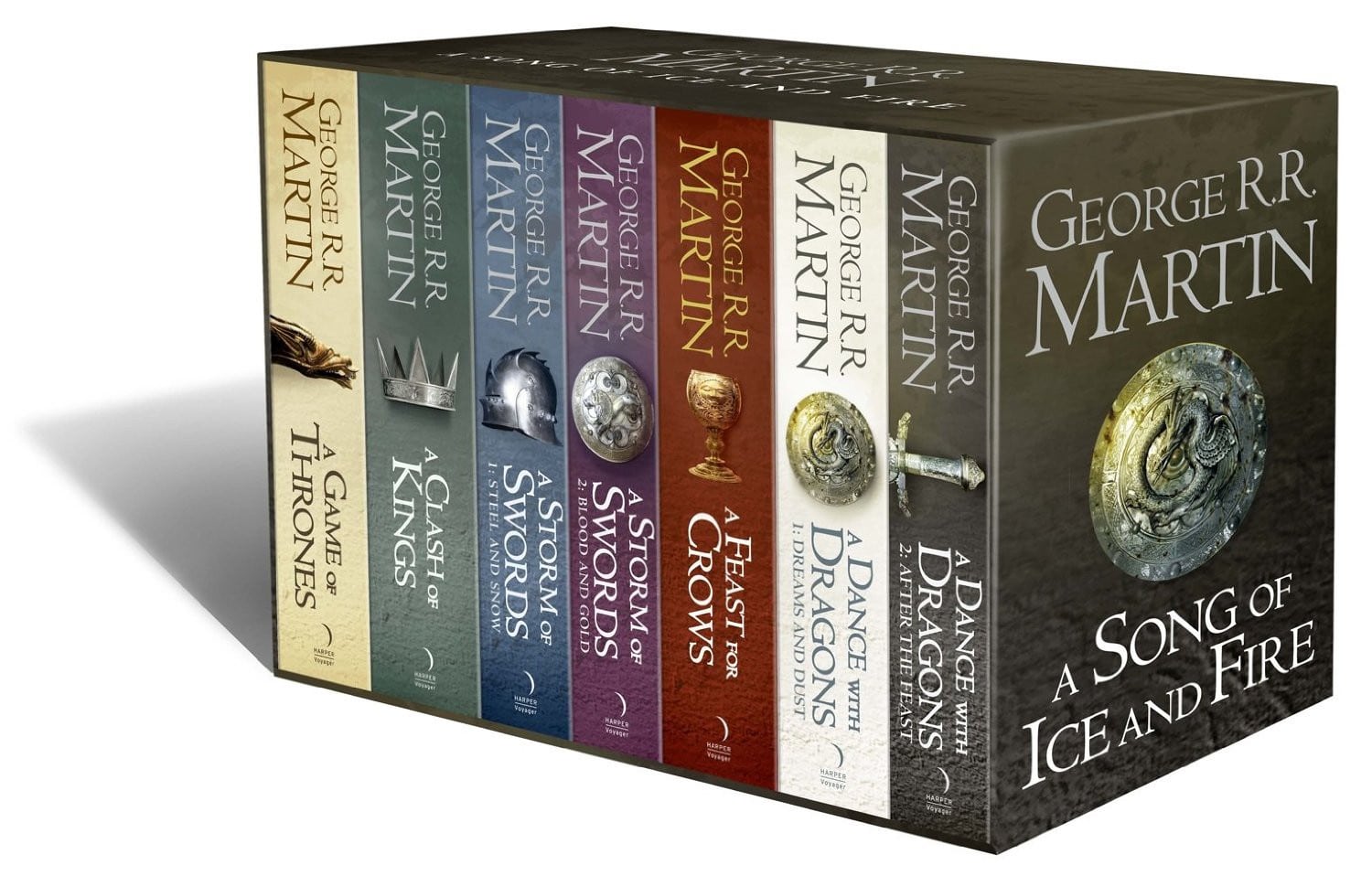 A Song of Ice and Fire is magnificently complex, thrilling and entertaining!

I have been hearing of George R.R. Martin for many years, but never checked out his books because he was always described to me as “the American J.R.R. Tolkien”, and I am not a fan of fantasy. From my perspective, The Lord of the Rings and Harry Potter are too slow with uncompelling lead characters and fantasy elements that overwhelmed the story.

When I saw the ads for the HBO Series Game of Thrones, I expected more of the same and did not check the TV show out for the greater part of the year. The overwhelming critical acclaim ultimately swayed me and I decided to give Game of Thrones a shot. After the opening 15 minutes, I was worried that my fears would be proven right, but very rapidly the story shifted to complex intrigue between the characters and I came to appreciate its genius. Game of Thrones and A Song of Ice and Fire in general are a very rich and entertaining character driven story with fantasy elements. The fantasy elements accompany and support the story rather than distract from it.

In many ways, the TV show reminds me of the political intrigue in the HBO series Rome which I also adored. Game of Thrones was by far my favorite new TV show of 2011 and I felt compelled to read the entire A Book of Ice and Fire series. It took me a few weeks given that there are 5 books of 1,500 pages each (with 2 more books pending). The first three books are absolutely amazing. All of the characters were compelling. I loved understanding their motivations and how their personal destinies were affected by the greater forces sweeping through the realm. After the initial shock, I also came to appreciate how George Martin is willing to kill off lead characters. Unfortunately books 4 and 5 are slow, long, and frankly tedious. Worse too much of the books are written from the perspective of irrelevant or uninteresting characters. I really hope books 6 and 7 are much better when they come out!

In other words, read books 1-3, watch the TV show and if you must know what happens next read the summary on http://awoiaf.westeros.org/.