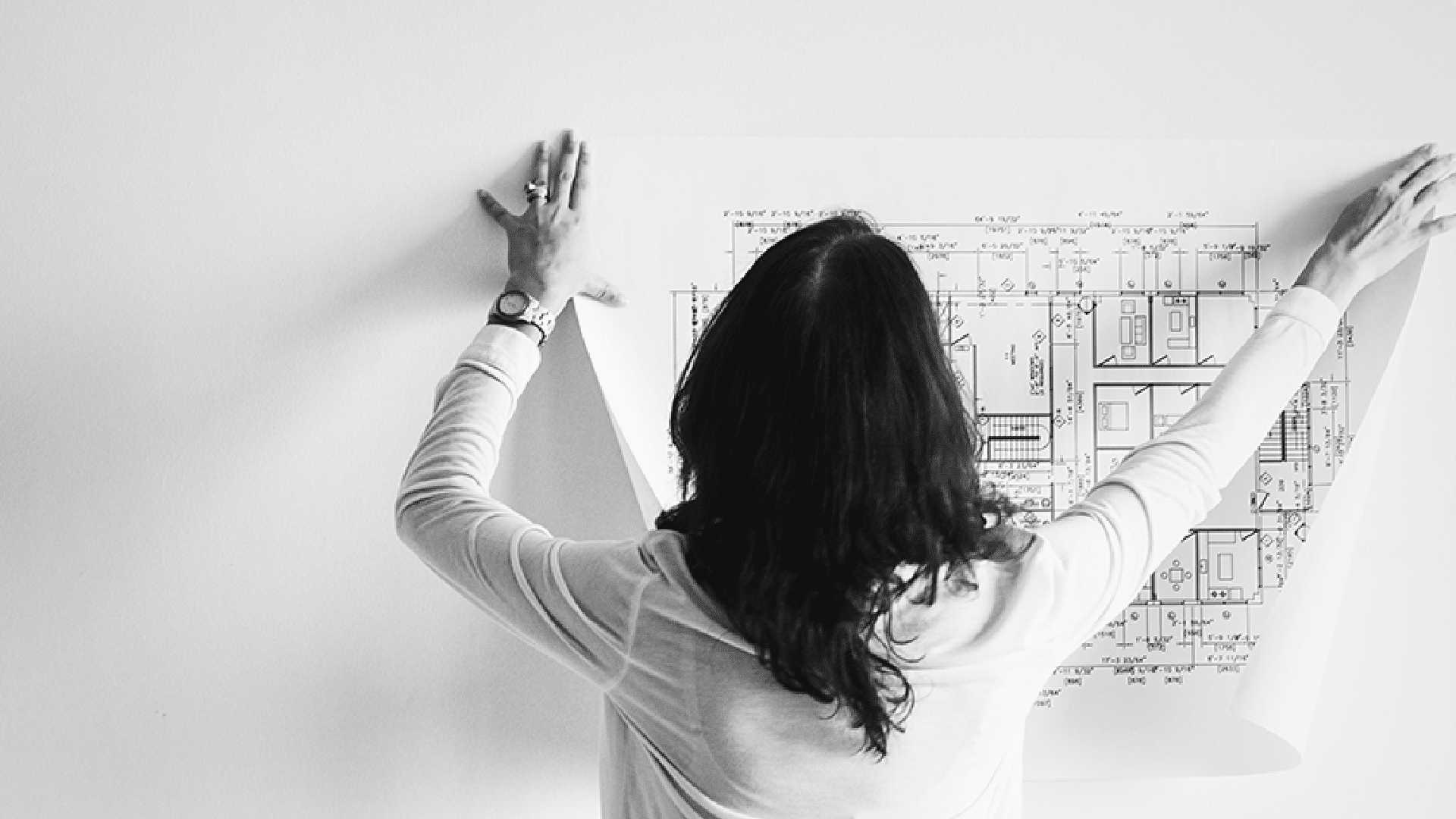 Step 2: Get your close friends, mentors and advisers’ opinion

Many of these conversations happen in person, but I found that some of the most productive ones happened iteratively via emails with my more thoughtful friends. Honestly their advice has rarely turned out to be directly applicable or useful given how different we are as individuals and in terms of what motivates us. However, the iterative process of talking through the various is options is tremendously helpful. It helps us consider angles we had not reflected on, narrow down options and generally further our thoughts.

In my case the most useful conversations have been with my friend Ben Lee whom I met at Princeton. He’s extremely introspective and thoughtful and I highly value his insights and questions.

Here are a few examples of our interactions color coded for the sake of clarity. They are far from exhaustive because we would reply on top of replies dozens of times for many of the individual points leading to real depth and analysis but give you a sense for what we discuss. My comments are in red.

From: Fabrice Grinda
Sent: Saturday, August 4, 2012 7:16 AM
To: Benjamin Lee
Subject: RE: Thoughts on what I should do next with my life…

In terms of tax optimization is London is that good in terms of taxes? I thought Branson tries hard to keep his companies out of there? Btw, you are still a French citizen?

I am still a French citizen. London is not great for British citizens or for people who earn their income in the UK. No country is great for US citizens or green card holder because they must pay US taxes on their global income no matter where they live. However, the US is one of the only countries to impose that. Citizens of all other countries pay taxes where they live. As I have been a US tax resident for the past 20 years, I pay US taxes on my global income the same way an American would which amounts to something around $25 million for the past few years.

The UK is great for French citizens. The UK taxes your income in the UK at 45%, but your income outside of the UK is not taxed. Given that most of my income comes from the sale of non-UK startups, I would have paid a maximum of $1 million in taxes over the same period. It’s a HUGE difference.

Now, I love New York and the opportunities that the US has given me, so I don’t mind paying some taxes. The issue is that I foresee tax rates on people like me only going up in the future in the US. I don’t mind paying 25%, but I am not keen to pay 50%. When I started capital gains taxes were 15% federal + 7% New York State + a 3% New York City. Now it’s 19.6% + 9% + 4% and going up… That’s why I never got a green card. I wanted the option of leaving to remain open. In the case of my put on my remaining OLX shares for instance, if I lived in London when I exercised it, I would pay 0% / $0 on the proceeds of the sale.

Given my lifestyle choices where I spend so much time on the road, I actually could already qualify as a non-US taxpayer. I just think it’s fair for me to be paying US taxes while I am notionally based here. We’ll see going forward. That said I have no intention of living my life to maximize my after-tax returns. I just want to maximize my productivity, happiness and wellbeing.

2. Try to convince Craigslist to let me run them

I would think this to be highly unlikely. Buckmeister is a fan of Chomsky. If he does even the slightest bit of background checking on you, he’ll hate your guts. Unless you can somehow bypass Buckmeister, you have no chance whatsoever.

Possibly but Craig refuses to engage on anything business related and just tells me to “speak with Jim” so there is no choice. I realize that Jim and I are fundamentally different, but that does not mean I could not help save / transform / grow their business which he may appreciate. The issue is that I suspect he does not care about the business. Anyway, we’ll see. Shockingly no one in my network seems to know Jim. He’s not on Linkedin. He has not tweeted in years and he did not reply to my email…

3. Try to extract the non-strategic countries out of OLX to have a dividend stream + try the classifieds 3.0 strategy

This sounds interesting, but what is Classifieds 3.0? I seem to have missed that somewhere. With your references to web 3.0, do you mean the “semantic web” which was all the rage several years back? Or are you talking about some other conceptualization of web 3.0?

In terms of classifieds, it’s really something I came up with imagining a re-invention of existing sites using the latest trends and technologies in the Web writ large.

Note that it’s important that the transaction fees be low (say 5%), optional, and paid by the buyer who choose to use the escrow service for convenience and safety. It can’t be charged to the seller otherwise they might prefer to stay on the incumbent free platforms like Craigslist despite the worse user experience.

Regardless, Naspers is not quite ready for that yet. I need to continue warming them up to the idea.

4. Think through the new idea I should build or company I should run

I think a startup may be the most productive use of your time. I continue to believe you’re a better founder than angel investor. However, on the downside, I’m not sure there are as many easy ideas out there for the taking as there were during the early days of the web.

Who got the followup email on justanswer.com?

We’re working on a deck, interviewing Just Answer experts, etc. Given how much money they spend we need to think through ways to increase NPS / repeat usage otherwise we won’t be able to compete effectively.

5. Find the next thing to incubate – possibly a Viajanet for Indonesia and South East Asia

I never understood why startups like incubators. Maybe it’s because I would never use one and would be less likely to invest in a startup that used one. If the startup founders feel they need to be in an incubator, are they really tough enough to succeed? I would guess incubated companies can be moderately successful, but I have my doubts about them hitting any home runs.

Especially in more conservative societies and places where entrepreneurship is less prevalent, the incubator model has worked reasonably well because:

6. Keep angel investing in the most interesting / attractive projects

As you know, I have limited faith in the near term future of angel investing. I know you enjoy it, and I agree that it’s a nice way to keep your ear to the ground (which is one reason I enjoy being on your angel email list).

In terms of your angel success rate, Buffett used to say he goes around looking for the stock market equivalent of cigarette butts with one puff left in them, as people are willing to give them away. I would think angel investing has some similarity there, and that’s why you’re able to pick up companies hitting singles and doubles at a decent price. Or at least you were able to before the current insanity started.

What’s interesting is that the current insanity is helping us get exits. It may not appear that way to you, but we are being much more careful. I invested significantly less this year than last year – essentially dividing my check size and the number of companies I invested in by two. I am writing a big check in Mindbody which will increase the amount invested, but it falls in a different later stage category.

I would be cautious of trying too hard to hit home runs by investing in “crazy” ideas. Your skill set isn’t well matched, and I’m thinking it’s more likely you’ll endure a series of strike outs.

I hear you. I don’t intend to do many of those.

7. Try to buy the IP for Rise of Nations

Really interesting idea. I’m not sure it will be financially worth your while, but I’m assuming your finances are sound, and it could be a really neat project to do while waiting for a new startup idea or for the angel investing world to cool down again.

I have no expectation of making money on this. Also, Kickstarter is revolutionizing funding for hardware sales and I suspect will help people fund projects like this one in the future.

Jumping ahead for a moment, one of the major problems you may face with politics is you have a blog. In fact, I’d guess you’ve pretty much ruined your chances for any major political office already based on what you’ve already written on it to date. I’m unlikely to run for public office, but there’s a chance I may someday try to be CEO of our radiology group, and even in that role, it’ll probably be better not to have a significant “paper” trail.

An appointed advisory position is obviously different, and the blog won’t be as much of a problem for that. However, I’m not sure how you would go about getting such a position without either going into academia or becoming the CEO of a financial institution?

I wonder as well. I toyed multiple times with getting a PhD in economics at Cambridge, Princeton or Oxford. All three have “part time” programs, but I could never quite justify the opportunity cost of time. This one is more of a “nice to have” than a need to have. I will continue pontificating publicly and trying to get the word out. If it works great, but if not, not huge loss.

I also wonder if it would not be healthy to make a clean break and take 6 months to a year off just to recharge and clear my mind.

In a way, I feel like doing the rise of nations 2 project might be the perfect recharge. Yes you’d be working really hard, but on something you really like that is quite different from what you’ve been involved with before. And you never know whether something like that could end up being your greatest long term success story…

That’s true! We’ll see how the bankruptcy plays out. The timing and potential bidders for the assets are still completely up in the air.

Spend some time going to see my closest friends wherever they are in the world to spend quality time with them.

I applaud the concept. I probably won’t get a chance to do something like that until the kids are much older, but I hope you do it at some point in your life regardless of what path you take next.

I think I might do that anyway in the next year or two regardless of the path I take.

The annoying thing from this list is that most elements depend on third parties -> Rise of Nations, the put, extracting irrelevant countries from OLX and Craigslist all require someone else to agree to my idea.

We’ll see how things play out in the next 6 months.